"Every child has such potential and deserves the opportunity to thrive, but many are feeling suffocated by the onslaught of media and advertising directed at them at every turn.  With the unprecedented increase in adolescent mental health issues, never before have I felt it so necessary for us to connect with young people and give them the tools to help decipher potentially harmful messages, and to help them realise they are not alone.  It is an absolute privilege to deliver these tools in a fun, inspiring and positive way through our SEED Workshops program." 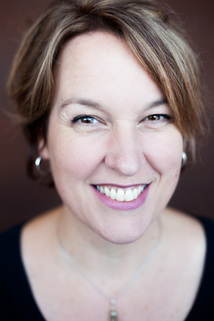 A passionate defender of women’s and children’s rights, Catherine is excited about her work with SEED Workshops.  Catherine began her career in 1987 in the Advertising then Graphics Department at Channel Seven Melbourne, where she gained invaluable insight into the television media industry.  Since leaving to raise her family and manage her own business, she has also worked as Events Coordinator for The Opera Studio Melbourne, facilitating in-school children's opera performances and community events, and as a freelance presenter & speaker working predominantly in schools with teens.

Since 2009 Catherine has been the director of the children’s rights advocacy group Say No 4 Kids, and since 2011 has led the campaign against child beauty pageants through Pull the Pin (on beauty pageants for children) .  She is also very involved in her local community on environmental and social justice issues, and has made several television appearances and been a guest contributor on a number of radio programs and panels.  Catherine is the mother of four children (two girls and two boys), School Councillor (past President) and proud coach of her sons' basketball team. 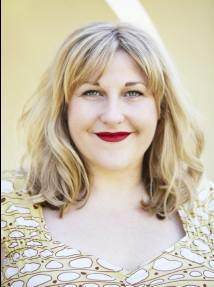 Karen is a presenter and commentator who has appeared in The Guardian, The Age, and on television and radio, including Radio National, 774, The Project, ABC News Breakfast and ABC2 Big Ideas. She works largely at the intersection of education, gender and performance, and has taught at the University of Melbourne, Victoria University, Northern Melbourne Institute of TAFE and held workshops in gender awareness, sex education, and online community building at many institutions of higher learning. She is a regular collaborator with the Victorian Women's Trust, and has appeared at The Wheeler Centre and festivals including the Adelaide Festival of Ideas, the Melbourne Writers Festival and the National Young Writers Festival.

"There are so many things I wish I'd known earlier and the SEED Workshops Program is helping have these discussions with young people when they really need it - now.  I'm so thrilled to be working with Catherine and Ben, and communicating with young people on stuff as important as self-esteem, relationships and how you fit into the world, is a real privilege." 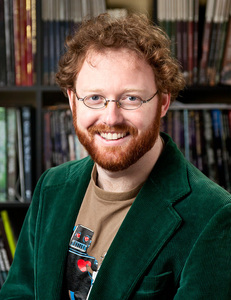 Ben has been writing and performing in Melbourne for more than fifteen years. He created and hosts the Dungeons & Dragons inspired improvised comedy show Dungeon Crawl, has led comedy tours after dark in Melbourne Museum, co-hosted the hit Doctor Who podcast Splendid Chaps, and designs and runs games with Pop Up Playground. His work has appeared in the Melbourne Fringe, Adelaide Fringe and Melbourne International Comedy Festivals, most recently his new one-man show Ben McKenzie is Uncool, and he also works as a voice-over artist, presenter and actor. His favourite dinosaur is Stegosaurus.

“I’m so excited to be working with SEED Workshops, talking to young people about the kinds of things I struggled with in school: depression, self-esteem and how to fit into the world. I wish I’d learned the stuff we talk about through SEED Workshops when I was fifteen! Working on the program with Catherine and Karen is as close as I can get to going back in time and giving helpful advice to my younger self.” 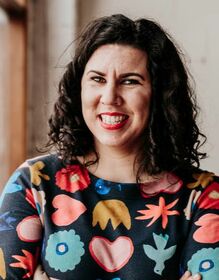 Jessamy is a passionate feminist activist and academic who has recently completed her PhD at Swinburne University. She  is also a  manager and wrangler of film festivals, theatre and comedy shows, art exhibitions, and the production of books and novellas. Her work has been published in academic journals and books, magazines, The Huffington Post, and The Conversation. She has also appeared on panels at MPavilion, the Feminist Writers Festival, Cherchez La Femme, and the Australian International Documentary Conference. Beyond all of this, her main two loves are her cat (who's eternally grumpy), and netball (she plays GK, but says not to mention that she's too short for it).

"SEED Workshops does the important work that I've been spent years studying: ensuring that we can open up conversations with  younger people at a time when it's needed, in order to ensure that the wider changes we want can start happening.  Catherine and the SEED team are brilliant at what they do, and I'm thrilled to work with them."
​ 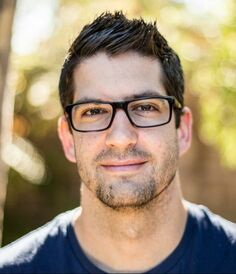 Having worked as a teacher for the good part of a decade, Craig spent a large portion of his time teaching English, Literature and Creative Writing to secondary students, while also working as a year level coordinator. Additionally, he works as a freelance writer, having contributed to a number of print and online publications over the years, in both fiction and non-fiction. While his work has primarily focused on film, books and TV, as well as discussions of genre, he has also contributed on issues of education, gender, family violence and sexual violence. He is currently studying and training in postgraduate psychology at Monash University.
*
All of SEED Workshops' programs have been designed and developed in consultation with various professionals specialising in our workshop topics and drawing on the most recent research.  Our highly qualified and experienced presenters deliver our workshops in a fun, engaging way, using a variety of teaching techniques ensuring that all participants are inspired and moved. Our program is non-denominational, and we work with many non-secular and secular schools. Please contact us should you have any concerns about our program or content.

We look forward to working with your school!
*

What others are saying about our programs:

“Catherine is so passionate about creating great futures for our young people, and has the runs on the board when it comes to working with them.  Mark her SEED Workshops as must-do’s in your school.”

“SEED Workshops is an amazing, innovative program.  Its presenters have a unique skill of capturing immediate attention and rapport with all participants. Every single student involved will walk away with an intrinsic sense of empowerment, self-awareness and self-confidence. I encourage all proactive schools to commit to providing such a valuable educational resource to the students of their school community.”

Catherine Manning has been a speaker for the South Eastern Centre for Sustainability’s Knowledge Works program since its inception.  As a staunch activist and board member of several reputable community organisations, Catherine has been a strong advocate for a broad range of environmental and social justice issues and initiatives, which more often than not have lead to positive outcomes, sending out a strong message of empowerment and the ability to make a difference with those she comes into contact with.  Catherine’s role as a keynote speaker for the International Women’s Day conference held at Toorak College that was attended by schools from and around Melbourne, was extremely well received, and was testament to her ability and expertise in delivering quality presentations to a wide range of people across a number of different age groups and areas.
Catherine’s SEED Workshops program promotes behavioral change and positive self-image via well-orchestrated activities that really connect with her audience.
The executive committee of the South Eastern Centre for Sustainability highly recommend Catherine and her SEED Workshops program.

I thought we were going to be in for a boring lecture today, but it wasn’t like that at all!  It was so much fun, and I learnt so many new things about myself and my friends. Thanks for teaching me how to be a good friend, to respectfully resolve conflict, how to relax, to reject toxic messages in the media and advertising, and to love myself.  This was the best day ever.’